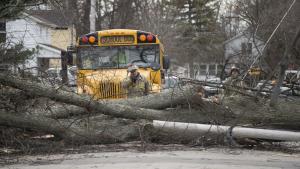 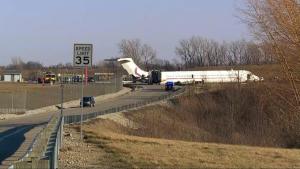 “We have crews working around the clock in difficult weather conditions,” said Guy Packard, the vice president of energy operations for one of those providers, Consumers Energy. “With the rough weather continuing, we expect this to be a multiday restoration effort.”

He added, “As we work to restore power as quickly as possible, the safety of our customers and employees is our top priority. We thank our customers for their patience as we commit to working 24/7 until our final customers have their energy restored.”

In a press release, DTE Energy said it was the “largest weather event in its history.”

“The priority of our crew is to first eliminate downed power lines to ensure the safety of the public,” the release said.