Act 4:32 And the multitude of them that believed were of one heart and of one soul: neither said any of them that ought of the things which he possessed was his own; but they had all things common.
Act 4:33 And with great power gave the apostles witness of the resurrection of the Lord Jesus: and great grace was upon them all.
Act 4:34 Neither was there any among them that lacked: for as many as were possessors of lands or houses sold them and brought the prices of the things that were sold,
Act 4:35 And laid them down at the apostles’ feet: and distribution was made unto every man according as he had a need. 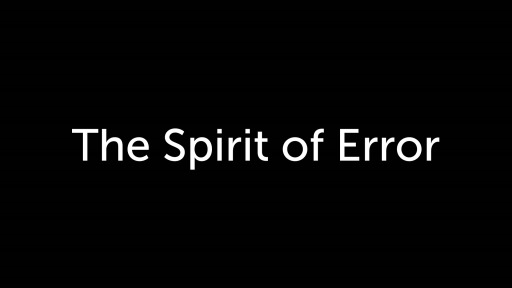 Sometimes a group of people will take a few verses out of the Bible and build a whole doctrine on it. And that’s how the spirit of error gets a foothold in the Body of Christ. That’s why we have so many denominations among Christians. And of course, denominations mean “divisions of “, and we certainly don’t need any more of that, do we? I don’t doubt that there are some whom the Lord calls to sell all their possessions and go into ministry unencumbered by material things.

This particular man I was speaking of said you have to listen to the counsel of others, that the Bible isn’t the ultimate authority, that it’s all about loving one another and listening to your conscience. He said many other religions such as Buddhists are closer to God because they do a better job of loving one another and treating each other with respect. Well, he’s right about one thing, the way you recognize God’s children is that they love one another. I’ll admit, many who say they are Christians aren’t very good at loving people. All of us could use some improvement in that area, including me. The divorce rate among Christians is as high or higher than non-Christians, and this should not be. But moving to a commune and wearing a ponytail and separating yourself from the rest of society is not the answer. And relying on your conscience to lead your right isn’t either. I know, because my conscience was seared, and nothing was wrong with me anymore. I only did what pleased the “Big 3”: me, myself, and I. Nothing I did seemed wrong in my own eyes, but boy, was I deceived. Nope, that’s not the way, either.

He said the law is done away with, yet they have to dress a certain way and wear their hair a certain way. That’s also part of what separates them from the world. It sounds like they just gave up one kind of law so they could adopt another. I said, OK, the Bible says to preach the Gospel to all nations, are you doing that? He said what you’re doing by traveling is wrong, because you aren’t bringing them someplace to be mentored. He said the “true” believers distributed their possessions to those within their commune so there would be no rich or poor among them, and they spend the rest of their lives caring for their brothers and sisters within the commune.

Well, that’s fine, but who’s going to go out and preach the Gospel? Or is it just an “exclusive Gospel” for a “chosen few” living in a commune? That’s the fodder of cults, and he admitted they were a cult. And unfortunately, there are people who are hungry for God who is sucked in by the spirit of error and are led astray. Not everything they teach is an error. No, there’s enough truth to get people interested, otherwise, they’d never be able to talk people out of their homes, lands, and possessions.

There are churches and groups out there that will tell you that Jesus is NOT the only way to salvation. They will tell you they are the only ones who have the Truth, and if you aren’t part of their group, you’re lost and going to hell. I was part of one of those churches many years ago. Yep, I was duped. I admit it. That’s why I’m so very careful now to listen to the Holy Spirit because the spirit of error is very efficient in blinding one’s mind to God’s truth. Some of them will tell you the Holy Spirit speaks to their leaders, and their leaders ONLY, and no one else can truly hear from God except them.

Don’t fall for that garbage. You CAN repent of your sins and be saved by the blood of Jesus. You CAN have the Holy Spirit come live within you, and you can be led by God every hour of every day. And if the Lord Jesus doesn’t tell you to give your house away, then don’t do it! Indeed, the spirit of error is out there deceiving people every day, but you don’t have to be one of them! Get your nose in your Bible and LEARN it, and you will not be so easily blown about by every wind of doctrine. There are some slick deceivers out there, so slick that once you’ve been had, you don’t even know it. That’s why it’s called “deceived”.

There’s no NEW TRUTH out there. The Holy Bible has all the truth, and there are no more pages being written into it. However, there are people saying they have a new truth which has never been revealed before. You’d do well to run from them, not walk. The Holy Spirit will lead you into all truth, as you seek after Him.

There is true danger in listening to those who say the Bible is not the ultimate authority. If you listen to their doctrines long enough, it will appear to be true to you, and one error leads to another until one day you wake up in the ditch and wonder how you ever got there. If something you’re being told doesn’t ring true in your spirit, then it probably isn’t. God will give you the Holy Spirit to keep you from the spirit of error if you will allow Jesus to be your Lord and Saviour. Just ask Him. He’s waiting right now….