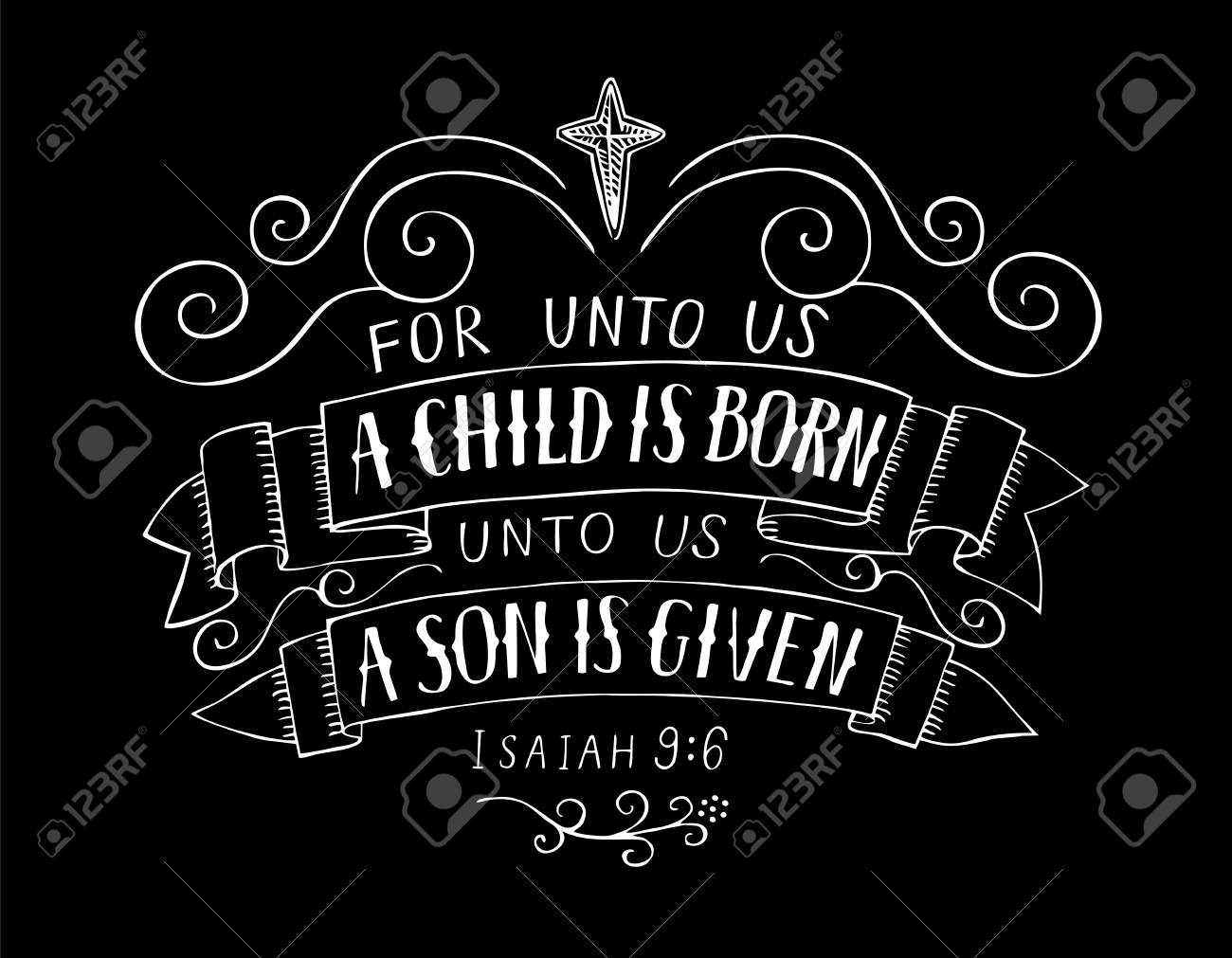 For unto us a Child is born, unto us a Son is given; and the government will be upon His shoulder. And His name will be called Wonderful, Counselor, Mighty God, Everlasting Father, Prince of Peace. (Isaiah 9:6)

This is truly one of the most amazing prophecies ever given. Without doubt, referring to the promised birth to the Virgin Mary, of Immanuel – “Therefore the Lord Himself will give you a sign: behold a virgin shall conceive, and bear a son, and shall call His name Immanuel” (Isaiah 7:14). The child born is the human Jesus that came to this world as a babe, while the Son given is the eternally begotten of the Father.

Immanuel is God’s chosen earthly name for His Son and portrays the character of the Child which means “God with us” or “God is among us.”

Now, Isaiah describes divine names that can only be true to God Himself –

He is presenting the person of Messiah as that of a man, for He was a descendant of David, but He was to be God as well.

For unto us, a Child is born: The purpose of Christ’s coming was for “us” for the benefit of all those who would accept Him as Lord and Saviour. Isaiah saw the darkness and gloom of the nation and saw also the Son that would be born to remove that darkness and enlighten the world.

Unto us, a Son is given: From eternity God planned to “give” His Son as a propitiation for our sins. Jesus is the Son of God and He existed eternally as the Son. The Messiah is often represented as having been given, or sent; or as the gift of God as noted in Acts 4:12; John 3:16; Ephesians 1:22; John 17:4. The Messiah was pre-eminently the gift of God to us. Therefore, Man had no claim on Him, and God voluntarily gave His Son to be a sacrifice for the sins of the world.

And His name will be called Wonderful, Counsellor: Jesus is our “Wonderful Counsellor,” our perfect Example and infallible Teacher. He both shows and tells us what to believe and how to live, and He is never wrong, for in Him “are hid all the treasures of wisdom and knowledge.” (Colossians 2:3). The testimony, even of His enemies, was that “never man spoke like this man.” (John 7:46)

And His name will be called… Mighty God: The question might arise as to how the Son could also be “The everlasting Father.” Actually, this phrase could also be translated “Father of Eternity,” reminding us that the eternal Son was the Creator of time, as well as space and matter and in fact of all things (John 1:3; Colossians 1:16). In the unfathomable, yet the glorious mystery of the Trinity, the Lord Jesus noted also that “I and my Father are one” (John 10:30). He is God Almighty “for in Him dwells all the fullness of the Deity in bodily form.” (Colossians 2:9) 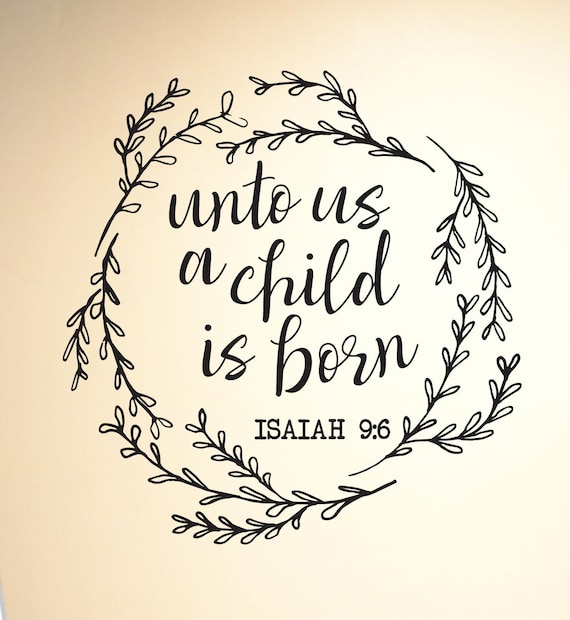 And His name will be called… Everlasting Father: Stressing His absolute and eternal deity, as well as His omnipotence and the unity of the Father and the Son in the Triune Godhead.

And His name will be called… Prince of Peace: Indicating that He is the very first leader who will bring true peace to the world. He is the great Peacemaker (Matthew 5:9), who “made peace through the blood of His cross.” (Colossians 1:20)

Jesus brings peace of mind to His followers because the Lord Jesus will “keep him in perfect peace, whose mind is stayed on Him: because he trusts in Him” (Isaiah 26:3). And when He comes again He will bring peace to the world as “Prince of Peace,” because peace will characterize His reign upon the earth.

Of the increase of His government and peace there will be no end, upon the throne of David and over His kingdom, to order it and establish it with judgment and justice from that time forward, even forever. The zeal of the LORD of hosts will perform this. (Isaiah 9:7)

During this time of year, let us reflect that God Himself is the great sign to Israel and the whole world. The attitude of men and women to God, in Christ, will reveal the state of their hearts and seal their eternal destiny, whether to everlasting life or being forever separated from God.

We trust that you will make a decision for Jesus Christ and eternal life.

Blessings to you during this festive season. May we continue to find joy and peace in the one and only Saviour of mankind. And the peace of God which passeth all our understanding shall keep us in perfect peace until He comes.