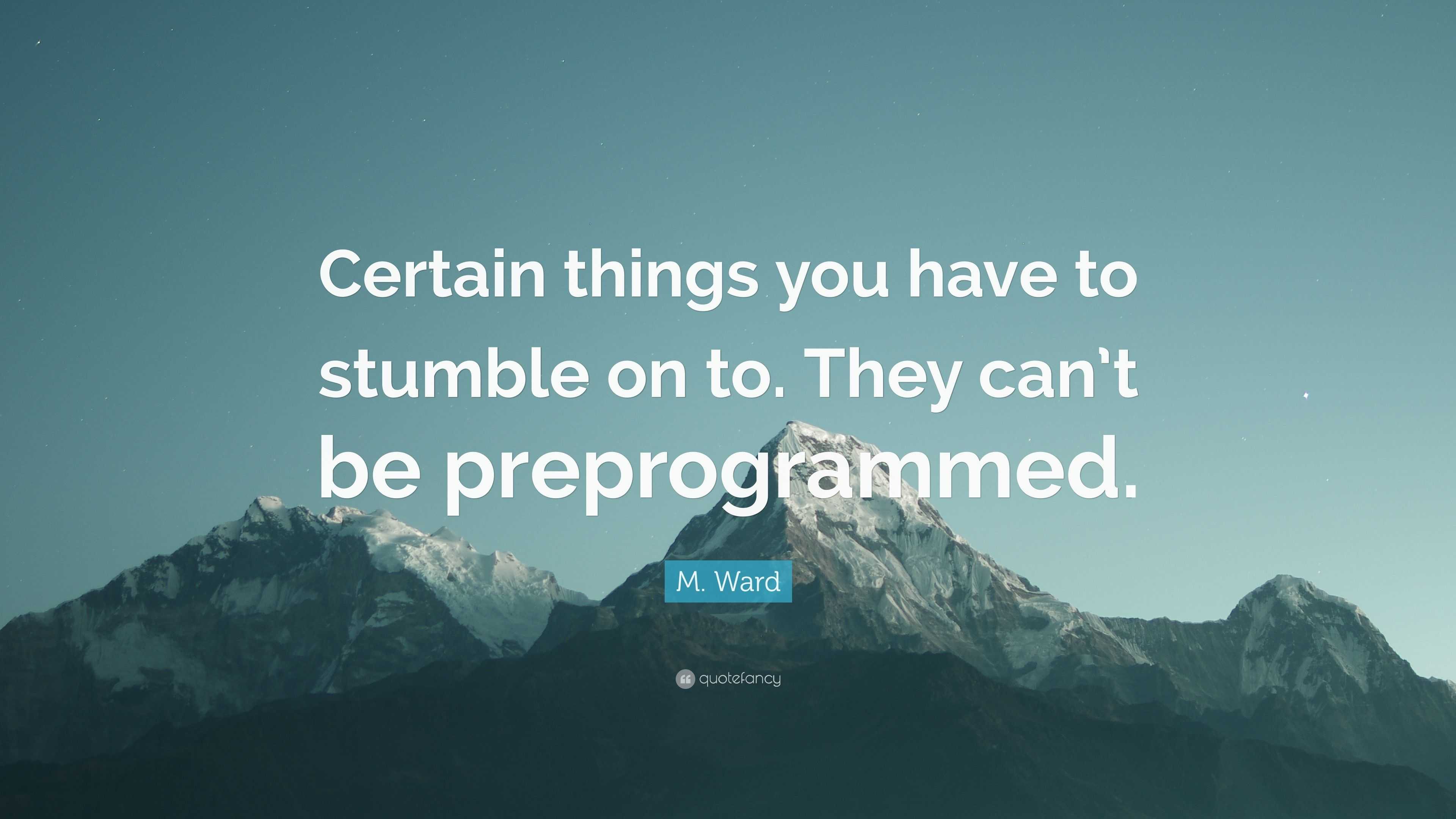 II. God promises that when we fall, we will not be utterly destroyed.

Some versions say, “Though he stumbles, he will not fall.” Picture a trail that winds through a dense forest. As the pilgrim walks forward, he doesn’t see the rock buried just beneath the surface, and so he trips and falls to the ground. Or he trips over a root or he doesn’t see a sudden dip in the trail. When the path is narrow and winding, it’s hard not to fall sometimes. Life is like that. We all stumble in many ways. The word translated “utterly destroyed” means to be cast headlong into a deep pit. It’s what happens when you stand at the volcano peering over the edge, looking down couple hundred feet when someone pushes you from behind. When you finally hit bottom, you won’t dust yourself off and keep on going. You’ve been “utterly destroyed.” God promises that won’t happen to you and me. Though we may face desperate, life-changing circumstances next year, God will not allow us to be utterly destroyed. Nothing can happen that will sever our relationship with him.

The reason is clear. He upholds us with his mighty hand. Think of a father walking along with his young son by his side. There are two ways the father and son might hold hands. The young boy may reach up with his tiny hand to grasp his father’s huge hand. That works until the child stumbles and he is forced to let go of his father’s hand. But if the father places his huge hand around his son’s tiny hand, the boy is safe no matter what happens because his father’s hand holds him up. He may stumble but the father’s hand “upholds” him.

Or it could be moral sin, a series of foolish choices that led you in a wrong direction so that you hurt your walk with God and hurt those around you as well. Sometimes the “fall” of circumstances causes a “fall” into bitterness, substance abuse, anger, rage, abusive speech, foolish decisions, lust, adultery, or other sinful action.

The Bible repeatedly shows how easily this can happen to even the best people. The Bible tells us the whole truth about human nature. We see men and women who are faithful one day and fickle the next. We see Peter boasting, and then he is busted by his own sin. We see worship mixed with worry, courage followed by cowardice, faith matched with doubt, generosity followed by greed, kindness overcome by arrogance. We learn that strong people sometimes do very stupid things. Saints often act like sinners.

Then there is Peter, the man with the “foot-shaped mouth.” On one hand, he has the courage to declare to Jesus, “You are the Christ, the Son of the Living God.” But how little he knows himself. In the Upper Room, he boastfully declares that even if everyone else falls away, he will never fall away. But the bold apostle soon turned to butter. When confronted by a teenage girl around a thanksgiving table, he lost his nerve, began to swear like the fisherman he was, and three times denied the Lord.

These stories are in the Bible both to instruct us and to encourage us. They teach us that even the best men under pressure can do very foolish things. No one is beyond the reach of temptation. Very godly people can make some very wrong choices—and suffer greatly as a result. And cause others to suffer with them. It’s good that the Bible shows this to us—or we would be tempted to deny this reality. We like to think, “I’m beyond that temptation.” Don’t ever say that. You don’t know what you’re “beyond.” Today’s “victory” may actually set you up for tomorrow’s “defeat.” Satan roams the world like a mighty lion, looking for overconfident Christians he can devour (I Peter 5:8).

Here are two other verses we should consider. “Though a righteous man falls seven times, he rises again, but the wicked are brought down by calamity” (Proverbs 24:16). We may fall, again and again, trouble may come again and again, we may struggle again and again—and again! But it is the Lord’s purpose that we should rise—again and again, and again. Psalm 145:14 declares, “The Lord upholds all those who fall and lifts up all who are bowed down.” When you fall, remember this: God never intends you to stay down forever. He intends for you to “rise up” and keep on walking with him.

Here are four practical applications of this truth.

Follow me tomorrow for the continuation of this message. Let us see the Lord in action for this new year and may God bless and keep us in His service.