This country, our country, is such a majestic country comprising thirty-two islands. I have often tried to define this country in my imagination and I have thought of The Commonwealth Dominica as the best of both worlds. I think for a while it was the only country in the world with world class vacation sites as well as a major connection to nature. 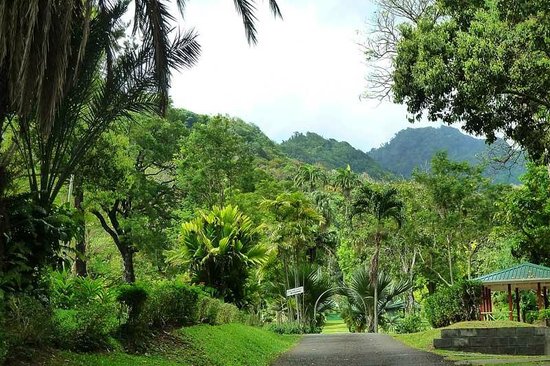 But because of the current state of The Commonwealth Dominica after Hurricane Maria, it is difficult to see the beauty of St. Vincent and the Grenadines. The comparison we had since faded away and we are alone as the country of NATURE alone in the Caribbean. It’s almost certain that we are going to read or witness horrific stories of rape, killing, corruption or anything of the sort, but the story od true nature.

But I want to focus on the truth. The truth is such a hard thing to find in this day in age, more especially because we have a constitution that allows us to stand and defend our actions. I’m not saying that the constitution is an error in this regard, but what I’m trying to say is that I can do anything I want and I can defend my case in court and show that I was not an error in whatever I did (even though I was). And I feel that opens the door for me to continue to steal, kill and destroy if I can prove in court (with lies) that I was not an error.I am directing this to all citizens of St. Vincent and the Grenadines, those in leadership positions, government and private, schools, homes, etc. Those who commit all sorts of crimes and use the law to defend their actions.

The truth is like the sun, as much as it rains, the sun will always rise. You can’t stop the light. When the light appears, darkness has to make way, whether it likes it or not, darkness is inferior to light. The truth, no matter how long you try and prevent it from being known or manipulate it, the truth will always rise. The big question is: when?

Because at times the truth may seem to take a forever to be revealed, it seems as though the perpetrators have succeeded in their endeavours, so we are then left scratching our heads and wondering how they got away with that behaviour.

I just want to encourage the people of this nation to live by the truth in our personal lives as well as our professional lives. There is no shame in making a mistake, if you admit your error, regardless of the consequences you will face, people will have a great respect for you because you are taking responsibility for your actions and as a plus, you don’t have to waste your energy making sure you remember every lie you have told or going to tell in order to cover up your actions. And at times your consequences may be even reduced because you accepted your error. Forgiveness will then come a little bit easier and faster, which will then bring peace within and around us.

But if we choose to evade the consequences of our actions and preventing the truth from being revealed, those lies eventually catch up with us, the consequences may and will be far greater than what they originally would have been when you initially made the mistake.

Do you remember this song?

“St. Vincent and the Grenadines, we love you,

We can bring peace to our land.”

We can do this Mr. Prime Minister, we can unite our country once again, but we need to be honest with each other. Because when all is said and done, the truth will remain.